lessons learned you can apply immediately to your own homeschool. What happened when I gave my child Charlotte Mason exams for  the first time?

I have been Charlotte Mason homeschooling for 15 years, and yet it took me that long to work up the courage to do exams. I just didn't think that they were all that important.

Not just something fun to do. (and seriously? who equates exams with fun?)

So I finally bit the bullet and did it.

I was so nervous about them! But determined to do CM the "right" way, I figured I had to at least give it a shot. And what harm could it do?

I decided that even if they went horribly, I could always choose to not do them in the future, right?

But I wanted to see if it was really as important as Charlotte Mason said, and if my child would really love it as much as she said, (again, really?)

YOU NEED A MAGIC WAND

Do you know these SECRETS TO A PEACEFUL HOMESCHOOL? Learn to tame your day and bring CALM to the CHAOS in simple steps. It’s a game-changer – get it free for a limited time!

Of course I went straight to the source:  the PNEU programmes from the Charlotte Mason Digital Collection.

The PNEU was the Parents' National Educational Union, the organization that Miss Mason began to administer her method and curriculum to both homeschools and later, physical schools. Every term they sent out not only the booklist with required pages but also exam questions that were to be sent back at the end of the term.

I substituted my own books that I had used. While I used some of the books from those original PNEU programmes this last year, most of the books were my own choices.

I couldn't  just reuse her exam questions word for word. However, what I could do was  use them as a model.

I typed up a so I opened up a word document, substituted my own books, and went to work.

How the exams actually went

At first it was horrible.

Every time I would ask my daughter a question she would cry, "I don't know anything! I don't remember anything!

My stomach churned as I thought, "there is no way that this is going to work. She can't remember anything."

Even things that we just did last week.

All those years of planning... WASTED! (gratuitous The Swan Princess reference)

But  I kept asking her questions, being encouraging even if she said she couldn't remember.

"That's okay, honey. It's not a big deal." (I was sweating bullets inside. I tried not to show it)

This helped ease some of her nervousness.

Because you know what? She was nervous too.

She hasn't ever been to public school, so the only reason I can think that she'd be anxious is just that new-ness.

But then suddenly she started to give me some narrations.

And then as we went along, she was able to give me more and more. Some of the bright spots were that when she did give me answers she remembered details from the books that I didn't even remember until she said something.

And then I thought, "Ooh wow, that's right! That was in the book!"

She also acted out a fable fully from beginning to end, rather than giving me just a short section of it.

While occasionally she came up with a few details that she had not originally narrated, that was the exception rather than the rule.

This brought home how important it is to  narrate after every lesson. It's the way our children interact with the material and then cement it in their minds.

What speaks to me is not what will speak to my child and vice versa. Things that I had felt were the important parts of the story were not the details that necessarily stuck in her mind.

This is one of the things that Charlotte Mason says, that we need to get out of the way between the student and the author (or the expert), and let the child get information mind to mind. When we put ourselves between them either through lectures or by  interpreting, we don't let them experience the material directly.

And we have no idea what's actually going to catch our children's interests.

Lesson the Second- keep terms to 12 weeks or less

I didn't give exams until March of this year even though we started lessons in August.

That's because it took that long to finish our Term 1 work.

I felt like we had to be completely finished with Term 1 work before I could give exams. (Rule Follower here!)

But trying to remember things from 9 months ago was just too long to expect. Next time, even if we aren't finished with the work, I will still give exams at the end of that 12 week session.

Why twelve weeks? That was the length of a term in the PNEU.

That's three months. I don't know why it's easier to wrap my head around "three months" than "twelve weeks", but it is.

If we still want to continue with the work before moving on to Term 2 that's fine, but I won't wait that long between giving exams.

I'm the one that gets to make up the questions, so I get to decide.  I simply won't give questions from material that we haven't covered yet.

It sounds so simple when put that way, but I was so concerned with having to finish all of our Term 1 material that I waited 9 months to give those exams.

I need to be more consistent with both entries into the nature notebook, and about asking my child to describe orally what she is seeing.

That doesn't mean that she can't draw it. My daughter is dyslexic; drawing is how she does most of her narrations. However, once she's drawn it, that material sticks in her mind much better if then I also have her describe what she has drawn

This actually was a good experience for us.

And I will now do exams at the end of every three months in our school, regardless if we have finished the material that I had set for that term.

It allowed my child to show me what she knew, and that alone increased her confidence. It also gave her another opportunity to bring up those older memories of our lessons and interact with them again.

Exams not only helped her confidence, but it also was another learning aid, bringing things from her long-term memory back to her present memory. It  gave her another opportunity to bring up those older memories of our lessons and interact with them again.

We did exams over a week's time, and since the questions were so short it also served as a nice vacation week.

She also got to show off to her dad all of the handwork that she had been working on. And having it all in one place rather than just seeing little bits at a time really helped my husband see the progress we had made over the last several months.

Giving exams showed me the weaknesses in our own in the way that I administer our homeschool. And it helped me to change those things that needed changing.

What have you learned from giving exams to your own children? Did you make any changes to your school routine after giving them? Leave me a comment and let me know.

WANT TO REMEMBER THIS? SAVE lessons learned from CM exams TO YOUR FAVORITE HOMESCHOOLING PINTEREST BOARD! 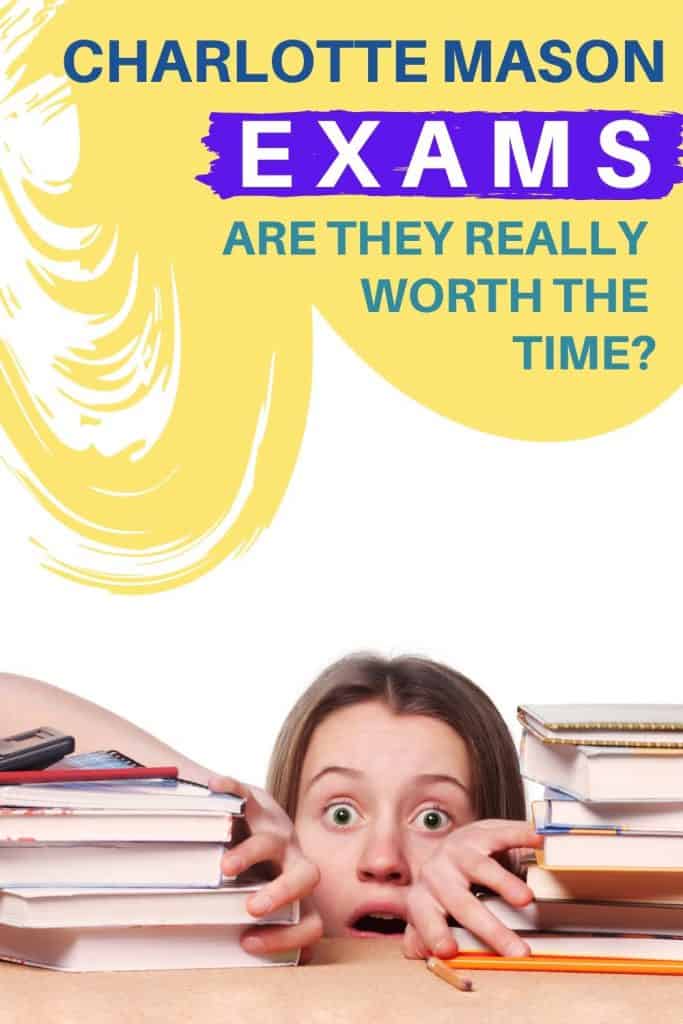 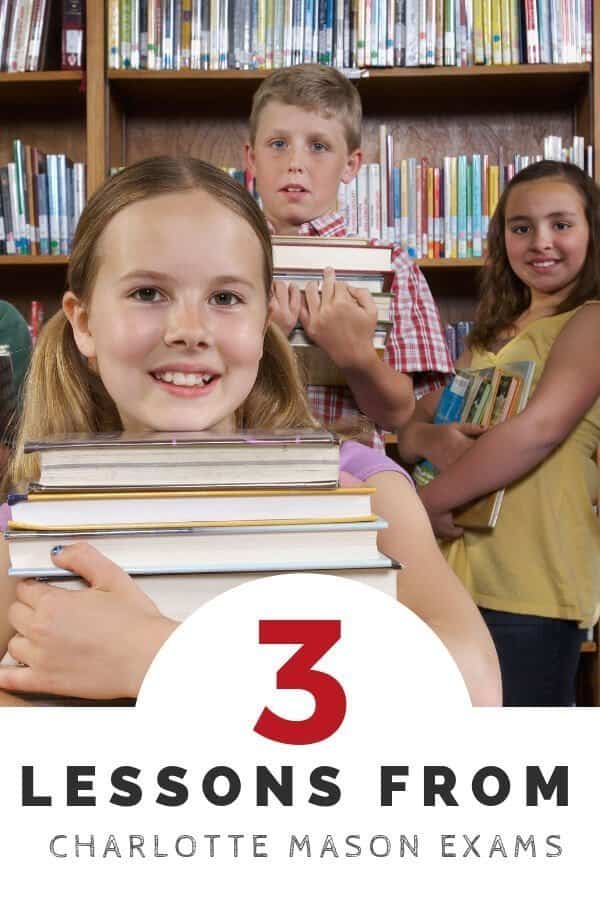