Bringing our own religious beliefs into a Charlotte Mason education can present a challenge, simply because there is no pre-made format for us to use.  As Heathens (Germanic Pagans) we are not “people of the book”, so while Charlotte Mason used the Bible from the time the children first started “school”, we don’t have a similar book to use.

You could argue that the Prose and Poetic Eddas fill that gap, but the Eddas were not written as a “holy book”.  Nor were they ever considered “divinely inspired.”  This is an older but good short article about why we shouldn’t use the Lore as religious documents.

While I do plan to introduce my little one to these books, it will be when she’s a teenager, not when she’s 6 years old.

What can we use then?

Let’s start with stories about our Gods.

THE SIMPLEST WAY TO A PEACEFUL HOMESCHOOL 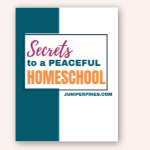 Are you struggling to get everything done? A strong home rhythm will bring order to the chaos. It’s a game-changer – get it free for a limited time!

Mythology books — stories about our Gods 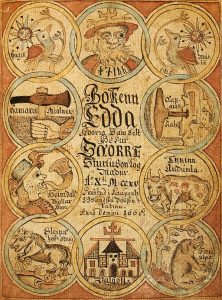 D’Aulaire’s is more colorful but the stories are written to children. This makes them accessible but also sanitized. There is also a very subtle Christian influence, particularly at the end where the Gods are replaced by the One God, and also the same subtle thread of women being inferior to men. (“it was so important that even the goddesses were invited”) Be aware of it so you can contradict it or edit on the fly.

Even with these issues, this is the book that we are currently using with our 6 year old.   She enjoys the colorful pictures.  I’ll be honest though — I much prefer the illustrations in D’Aulaire’s Greek Mythology to the ones in Norse Myths.  The illustrations in this book seem more harsh, not as pleasant.  The short episodes are the perfect length for early elementary.

The Heroes of Asgard by  Kearny and Keary

This is used in the PNEU programmes from the 1920s and 1930s.  It is a wonderful introduction to 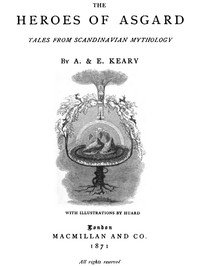 Norse/Germanic mythology written in a literary manner.  The only copies I’ve found on Amazon are either “facsimile” or CreateSpace, and the quality of these are always hit and miss.  It is on Project Gutenberg.

It’s used in Form IIB, which is approximately 9-10 years old.  You could probably use it with a younger child, but don’t be surprised if you need to wait a bit with a much younger one.

Neil Gaiman’s book is enchanting but without illustrations. The mythology is accurate, the stories delightful. There is a passing reference to lovemaking but nothing graphic. Struggling students will prefer D’Aulaires; more confident or older students may well enjoy Gaiman better.

This is one you’ll want to read aloud for the younger set, perhaps all the way through elementary.  I’ve heard such good reviews of this book from parents, though, that I’d not hesitate to make it a family read-aloud.

While I haven’t read this particular book, I am familiar with other works by Padraic Colum.  They are on a level midway between D’Aulaire’s and Gaiman.    My copies of his other works don’t have pictures.  This may be dependent on the particular edition, but it’s something to consider if you have younger children.

In the Days of Giants by Abbie Brown (various printings, some abridged) 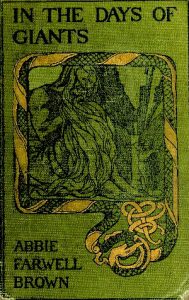 ‘ve recently learned of this book, and it’s one that definitely has promise.  On Amazon, I found one that’s self-published.  The reviews say that it is significantly abridged, so something to be aware of.  You can read the original at Project Gutenberg to compare.

I’ve only briefly looked at this, but it seems to be on a similar level as The Heroes of Asgard.

You could stack these end to end in your child’s education, perhaps starting with D’Aulaire’s and ending with Gaiman’s.  Hearing the stories from several different stories is never a bad thing.  It can teach children how people read the same thing but interpret it differently.

Or you could choose one of these books and simply read through it multiple times over several years, letting the stories sink deeply into your child’s psyche.

Do you have a favorite Germanic or Norse mythology book that isn’t on this list?  I’d love to hear more suggestions! 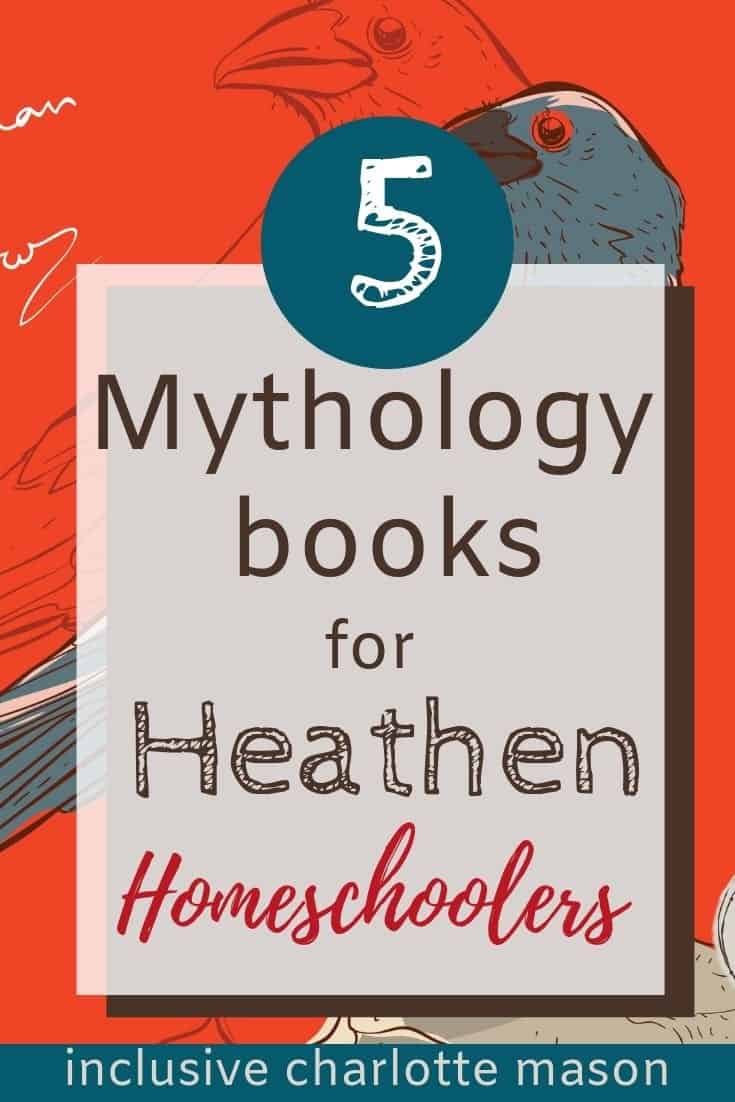 5 Comments on 5 Mythology Books for the Heathen Homeschooler